I think that, in the past, I have prided myself on being a difficult professor. I don’t know why. In the beginning, I looked young. I was right out of graduate school, was mistaken for a student much of the time, needed to garner respect, to differentiate myself from them. In the first few years, I caught a number of students in their lies – conflicting accounts, even a forged doctor’s note, lots of plagiarism. So, somewhere along the way, I decided that they must all be lying, they must all be trying to get one over on me, I must be the idiot.

Every semester, I was stressed out. I spent so much time worrying about saying no. “No, you can’t have an extension.” “No, you can’t make up that missed work.” “No, I can’t excuse that absence.” And then I dealt with the fallout from saying no. Kids were getting terrible grades, not because they couldn’t write well, but because I always said no to the extension, to the make up work, to the overlooked absence.

Then, two things happened that changed my life – and changed the way I see my students – forever.

First, in May of 2019, I had my third child. It was a difficult pregnancy. In my student evaluations at the end of the semester, one student even noted that I “sat down too much.” Then,I went in to Fall ‘19 with a tiny baby, a toddler, and a new kindergartner. There were germs. There were ear infections. (Have you ever seen a three year old “cover his mouth?” Trust me. Lysol is useless.) Second, in December of 2019, my mother-in-law passed away after a month in the hospital – a month during which my partner, who was the primary caregiver to our children on the days that I was teaching – was practically living at the hospital.

All of a sudden, “sh*t happens” was super real. All of the “excuses” my students offered for missing class and assignments seemed plausible, credible. After all, I had to leave early one day, hold class online one day, bring the six-month old baby with me another day. I had “excuses” too. And so, I gave them ALL of the extensions. I offered an ear to listen, office hours for explanation, time to catch up, even an incomplete for a student with medical issues. I paid attention to their plights, their lives, the little things that come up every day and threaten to derail our carefully planned semesters.

And do you know what happened? They were grateful. They had less stress. I had less stress. They still learned how to write; and I would argue that most of them learned how to write well. They thanked me. My end-of-semester student surveys were stellar. Their grades were better. And it wasn’t because I “let them get away with” anything, but rather because I taught them how to write in spite of life. Don’t get me wrong – a couple of students failed. But these students didn’t work, didn’t show up, and didn’t learn how to write. Those who did show up, work, write, even if they did it with a couple of extensions or a few missed classes, passed the class. They didn’t all get A’s. They didn’t even all get B’s. But they learned, they moved on, and honestly, I learned the most important lesson of my teaching career: Sh*t happens to everyone. Compassion is the key.

For well over a decade now, I have been utilizing an unlimited rewrite policy in my courses (FYW, but also other Writing, English, and Gender Studies).

I have discussed it with many people in our department down the years, wrote a blog post about it (see here) 6 years ago, and did a workshop on it last year. Since only a few people were at the workshop and I got some queries about it later, plus we are at the start of the new semester and academic year, I thought I’d do a new post about the policy, in case any of you find it helpful.

I’m mostly making use of the points that I used in the workshop, fleshed out with a few details. I’m also trying to keep this short and avoid rehashing too much of what I covered in the previous blog post, so I recommend checking that one out first. END_OF_DOCUMENT_TOKEN_TO_BE_REPLACED

Here is a collection of links that you might find handy while working on your syllabus and planning for the upcoming semester:

1 – A nifty little program which generates the dates that your class will be meeting this semester.

2 – A website with ideas and suggestions for making your syllabus more accessible.

3 – A recent article from the Chronicle of Higher Education, with ideas for more inclusive course design and practices.

How to Make Your Teaching More Inclusive

4 – A short blog post about practicing social justice in the classroom.

It’s my pleasure to introduce Trina O’Gorman, whom I’ve had the the privilege of seeing in action both in the classroom and the pick-up line at our kids’ elementary school. In this profile, Trina shares her love of travel and a testament to the power of journaling. 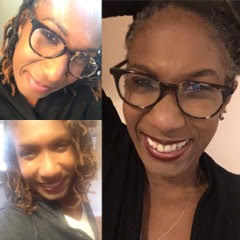 How did you get started teaching?

Teaching was not my first career. My decision to teach came later in life. I returned to college in my early 30s to earn my MAT in Teaching Secondary English, a decision that had more to do with a desire to connect to and do something for others or generativity, rather than a desire to “teach English” or a love for a particular content area. I love people and the power of writing.

What do you appreciate about teaching?

I appreciate the opportunity to share my experiences with my students and to empower them by helping them understand the process of writing, which I think is largely about understanding their own thinking and values and the thinking and values of others. And I learn so much from my students. I think teaching is such an amazing opportunity to affect positive change, but also to honor our humanity. END_OF_DOCUMENT_TOKEN_TO_BE_REPLACED

The Major Launch Party is Wednesday, April 3, from 12 – 1 p.m.  in the College Writing Workshop (Schmitt 132)–send your students!

END_OF_DOCUMENT_TOKEN_TO_BE_REPLACED

Welcome to Deep Down in the Classroom’s newest feature Meet Our Colleague, where we showcase the teachers that inspire our students daily. For our inaugural profile we’re spending time with Kathy Curto, whose book Not for Nothing: Glimpses Into a Jersey Girlhood was published December, 2018. Read on to learn more about Kathy, her teaching beginnings, and how she finds time for her passions and the paper load. 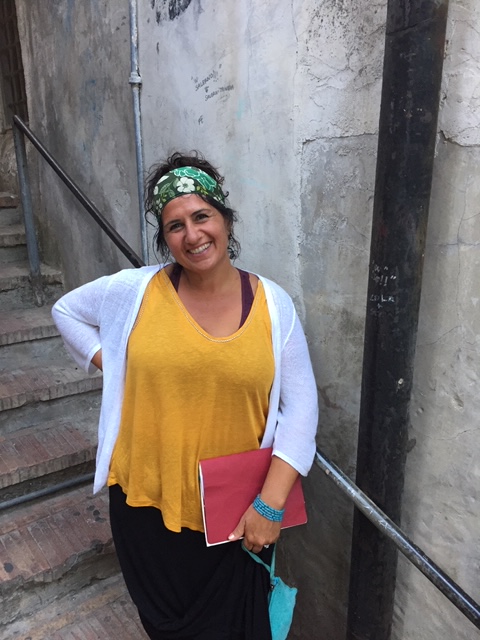 How did you get started teaching?

I discovered teaching back in 2004 when my youngest child turned four, I re-entered the full-time, out-of-the-home workforce and took a job as a professor of sociology at a small college in Rockland County, New York. About six years into this job, I returned to grad school and earned the MFA so I could teach writing at the college level as well. (My first career out of college and grad school in the early 90s was social work. I was Program Director at a community- based organization in the South Bronx.) END_OF_DOCUMENT_TOKEN_TO_BE_REPLACED

END_OF_DOCUMENT_TOKEN_TO_BE_REPLACED

Here’s a good article from the Chronicle on teaching an effective first day of class. It’s fairly long but has a lot of useful details and illustrative examples (one of them being for a composition course).

How to Teach a Good First Day of Class (Advice Guide)

As you may have noticed, the recent FYW Newsletter contained these links to resources for helping students who need ESL/EAL support:

Since this is a very large set of resources, here are a couple follow-up questions (from Mike Laser) about experiences with using them:

Have you had especial success using any of these (or other) resources? Which ones did you find particularly useful? Which ones were most user-friendly (for faculty and for students)?

Syllabus day. That magical time when professors read the syllabus at students until their eyes glaze over. No wonder they never remember anything from the syllabus or feel motivated to look back at it ever again.

Over the past couple of years, I have tried to make syllabus day more interactive. I’ve told students to highlight specific policies that they knew they’d personally need to remember (for example, late policies for those who struggle with punctuality). I told them to take notes, reframe parts in their own words, jot down questions as I go through it with them. I wanted to show them that the syllabus was a text like any other we would read in our class and to have them start practicing active reading skills on day one. Although this lesson was more helpful in engaging students compared to when I simply read through the syllabus quickly (boring even myself), I could tell I was still losing their attention.

This year I tried something different.

Inspired by Lisa Blankenship’s professional development last semester, when we worked in groups to examine language on a syllabus that might excluded some students, I asked my students to critique my syllabus in a similar fashion. END_OF_DOCUMENT_TOKEN_TO_BE_REPLACED

Deep Down in the Classroom
Blog at WordPress.com.